Hima is Heka’s resident media on life in the best rental apartments in Helsinki. The Hima magazine is delivered to each Heka home four times a year.

The panels installed on the roof of Virtarannankatu 3 generate more than 17% of the site’s annual real estate electricity consumption. A solar panel comprises 60 silicon cells that transform sunlight into electricity.

Virtarannankatu is not the only location that utilises solar power. Over the course of the summer, the roofs of a total of five old Heka buildings were equipped with shiny new solar panels, provided by Helen Oy.

- These are now appearing on the roofs of Heka buildings at a great pace, says Heka’s Property Director Vesa Jurmu. 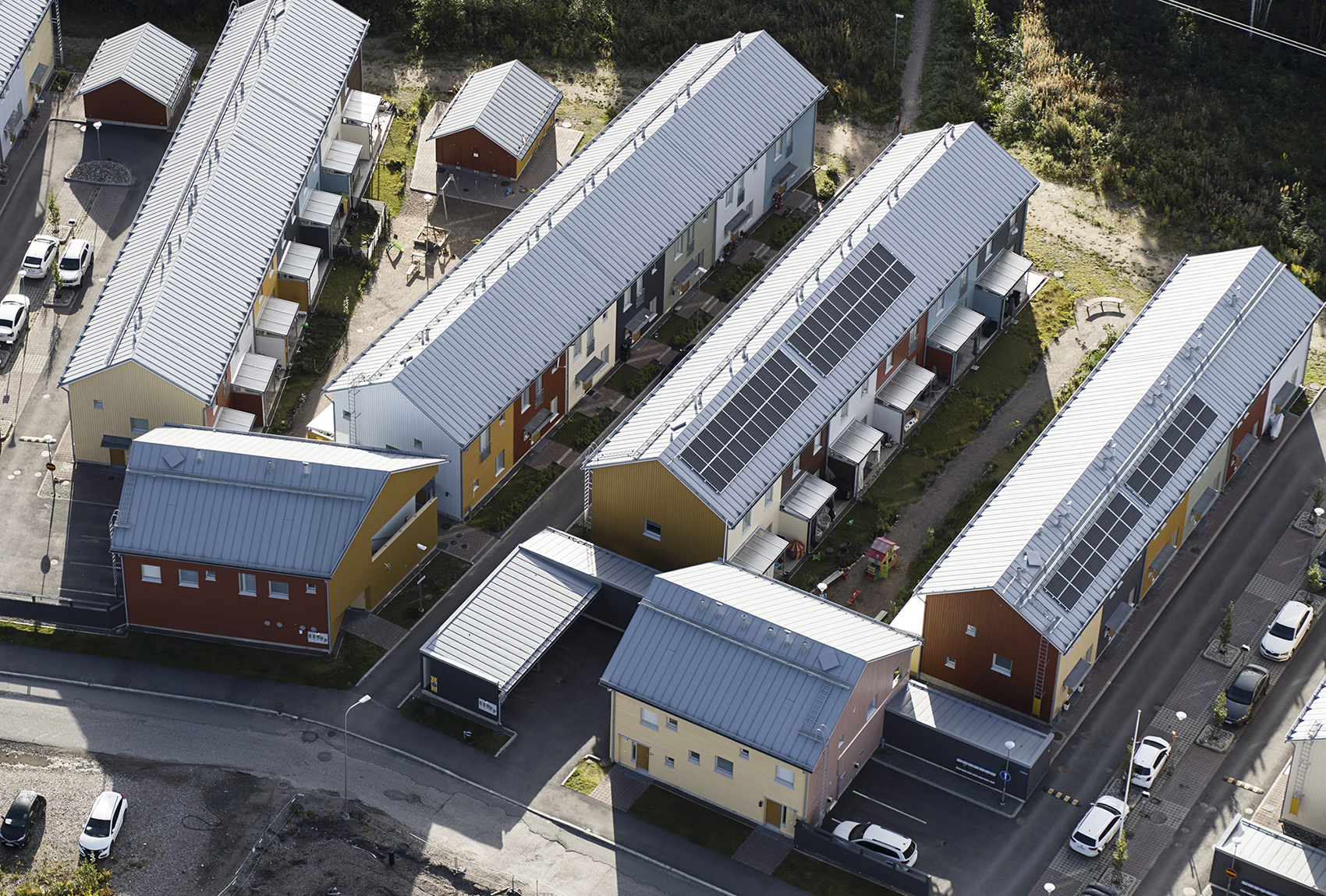 Solar panels will continue to be added to the current buildings, at an annual rate of about five buildings. At Heka’s new construction sites, the panels are already a common sight.

- Nowadays, solar panels are commissioned in most of our new construction sites. In the future, we will be outfitting practically all both new and renovated buildings with solar power systems, Jurmu says.

According to Jurmu, solar electricity is a profitable investment for rental housing companies. The production of solar power can also be felt in the tenant’s wallet. The building’s maintenance costs will be paid through rents, which means that the savings brought by solar panels will also benefit the tenants. However, environmental values matter more than money.

- Carbon neutrality is probably the main thing for many of our tenants regarding the solar panels on their roofs. They generate carbon dioxide-free electricity for our buildings, Jurmu states. 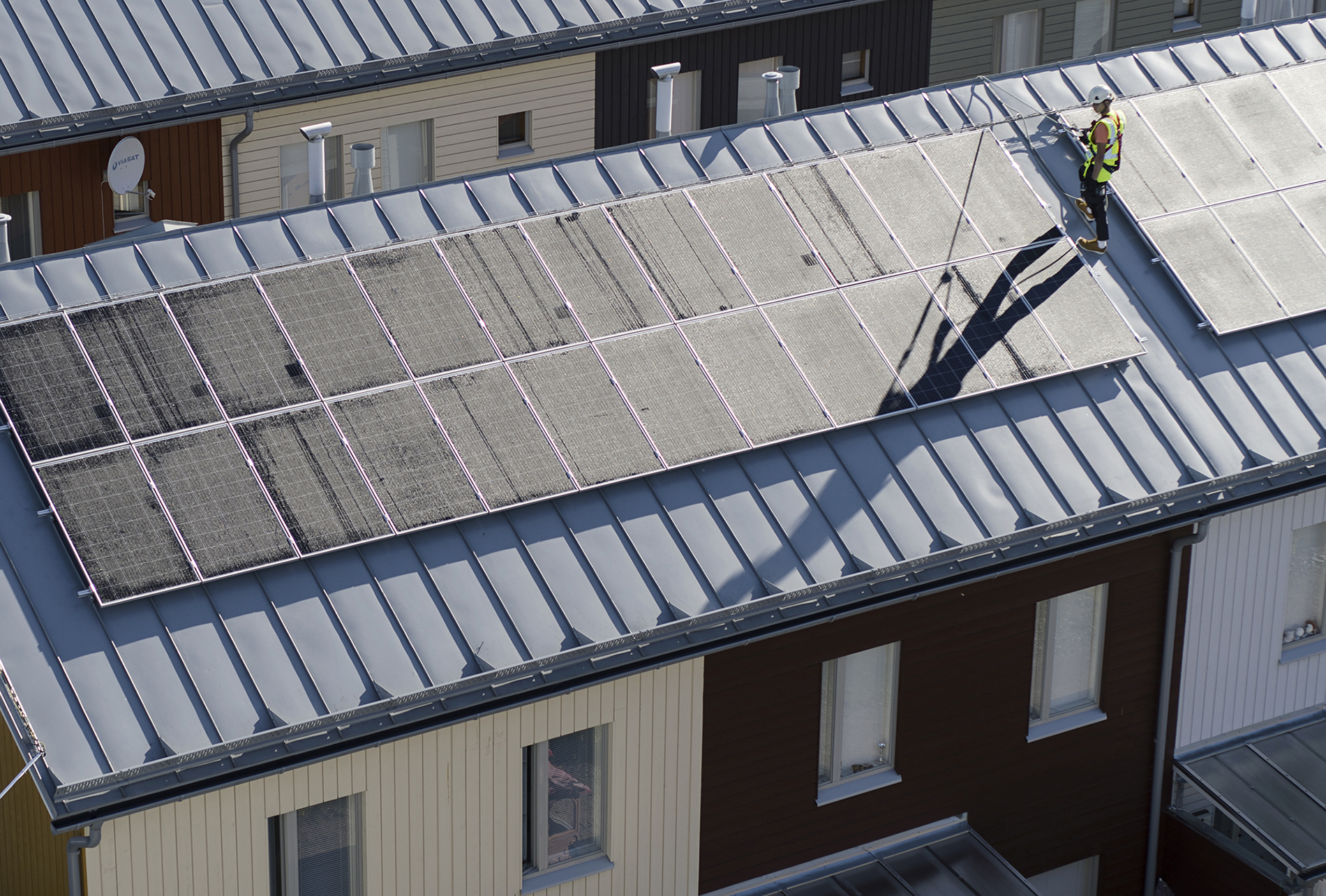 Heka’s solar power investments are boosted by the City of Helsinki’s ambitious climate objectives. The objective of the Carbon-Neutral Helsinki programme is to make the city carbon-neutral by 2035. In practice, this means that emissions need to be cut by 80% compared to the level of 1990.

- The programme features many measures that help us cut down the energy consumption and climate emissions of Heka apartments, Jurmu says.

- Only very few Finnish apartment buildings generate solar power. Heka has been a forerunner in its field in this matter. Investing in solar power is an important environmental action from Heka, which also benefit the residents, says Helen’s Sales Manager Timo Huolman. 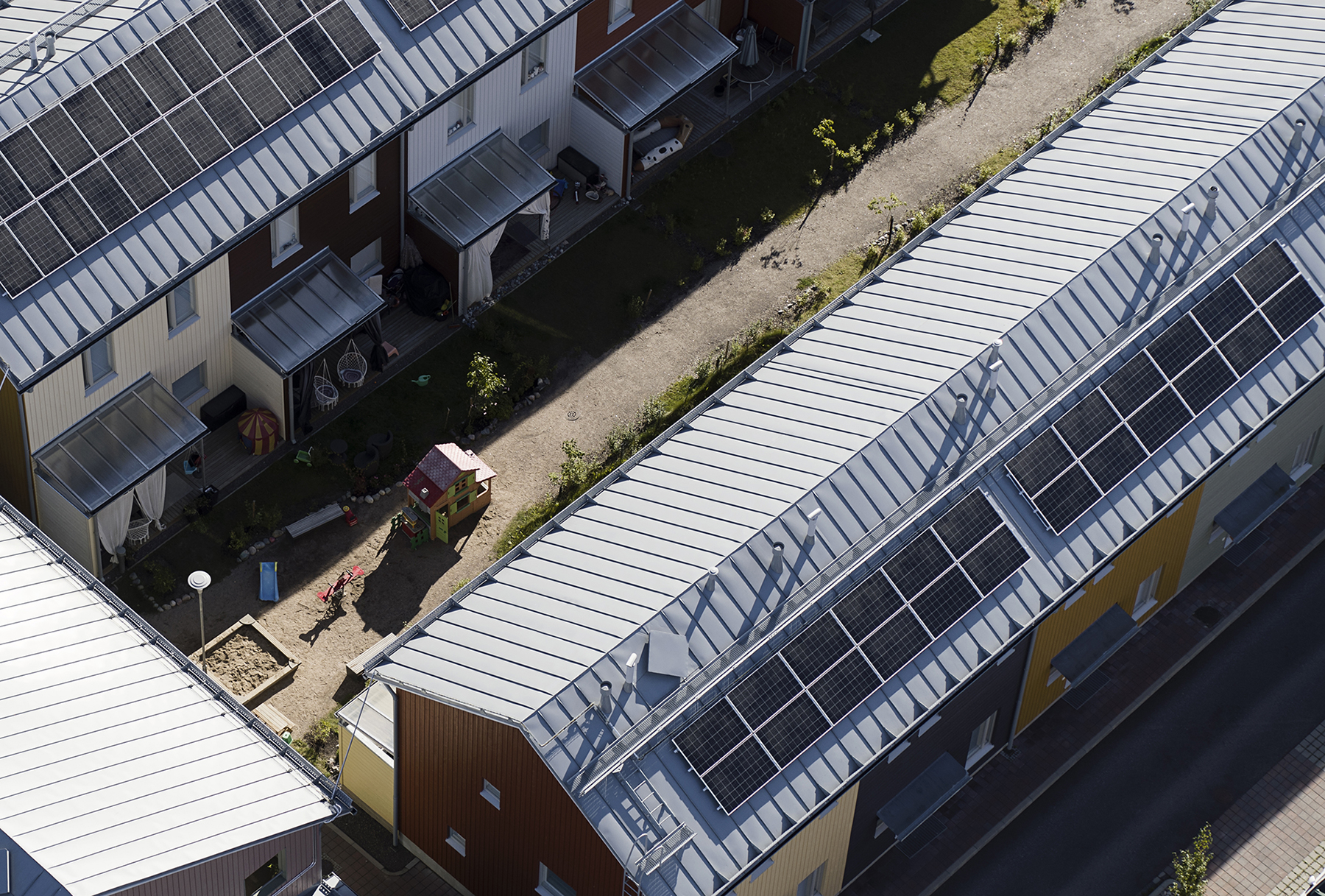 Huolman says that a great deal has happened in the field over the past five years.

- The panel prices have come down while their efficiency has improved. Today, they are an even better investment that pays for itself even faster than before, Huolman says.

This can also be seen in the demand for these systems.

- Sales of solar panels have doubled every year, Huolman states.

The new solar power plants built on Heka buildings in summer 2020 were delivered by Helen Oy and installed by ProPower Oy. The solar power systems at Heka sites generate approximately 86,000 kWh of emission-free electricity a year, which equals the annual electricity consumption of about 35 two-room apartments.